DoublePlay finds a way to record and replay instructions running on multiple cores. It timeslices multiple threads on a single processor, then runs multiple time intervals (epochs) of the program concurrently on separate processors.

Record and Replay (RR) is a fundamental tool for us to achieve reverse debugging. This paper is our first glance to state-of-the-art RR.

Record and replay of program running on multicores

Assume the target program is running in a single core. That will be nice because we have all the tools to trace and record the instructions. For example, Embedded Tracing Macrocell (ETM) in Arm chips helps trace the instructions. Anyway, no matter how many threads (OS-level) the program used, as long as it ran in a single core, we can completely replay the execution procedure. In the hardware layer, which is beneath the operating system, we don’t care how threads are scheduled in one single core.

But if the target program is running on multicores? Things get weird. Multicore programs can literally run in parallel. There are several cores and each of them can execute one instruction at a time. It’s even worse when you notice that they can access (read, modify, disrupt, damage) the same area of memory, called the shared memory, at the same time.

The order of the execution of instuctions are important that may change the behavior of the program. However, it’s hard to trace and record the order when it comes to a multicore program. Hardware tracing component are running on each single processor. 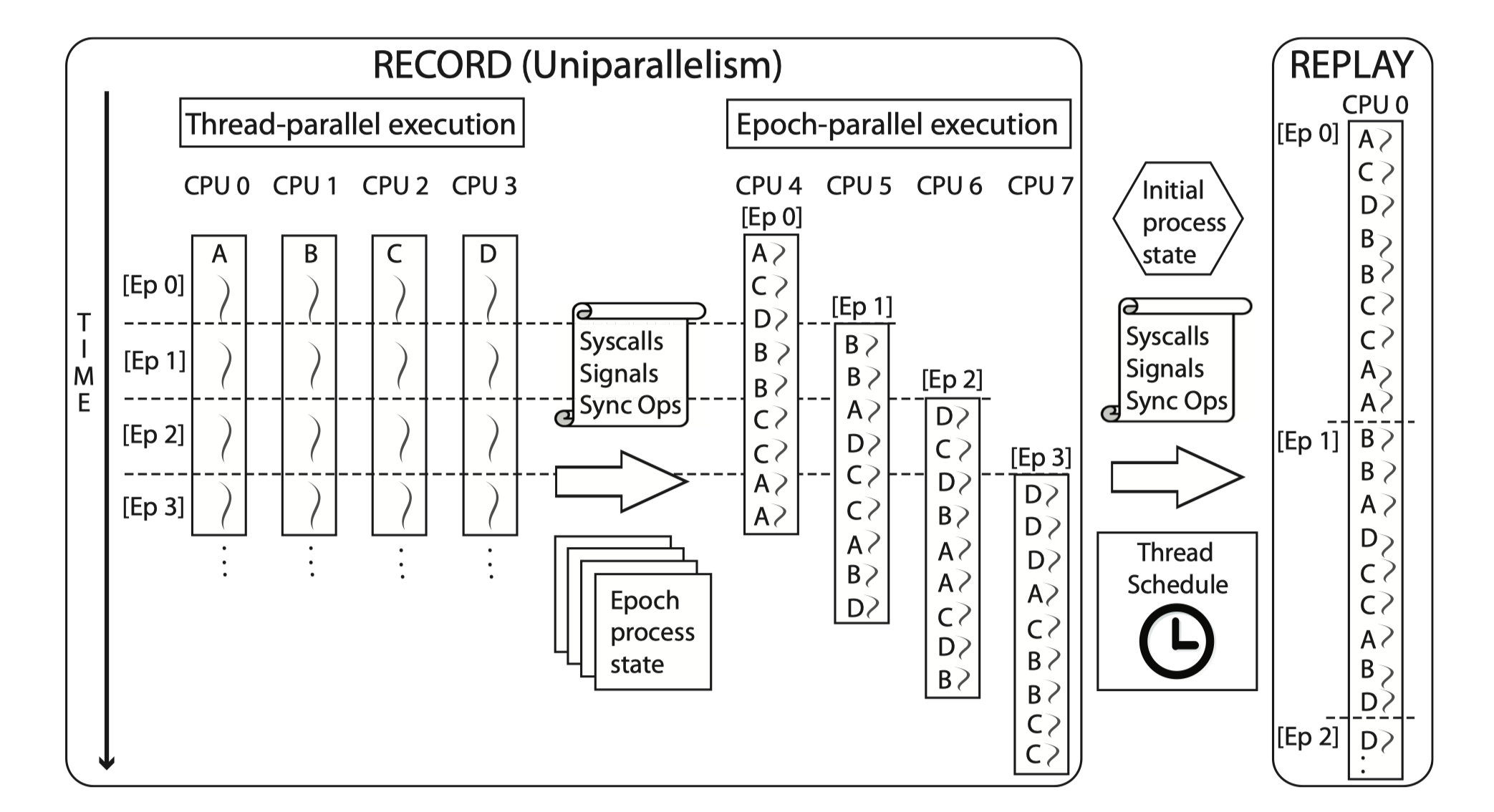 At first, the multicore program will be normally executed in several processors. The execution is called thread-parral execution. At the same time, DoublePlay timeslices the execution into several epoches.

When an epoch begins (e.g. Ep0 begins at the same time when the program begins), DoublePlay copies the status of whole system, including registers and memories, to a new processor, and run all the threads, which is also running in thread-parral execution at the same time, in this single core. This is called epoch-parallel execution.

In the figure, there were four threads called A, B, C and D running in four different processors in thread-parallel execution. The four threads were going to be run in a single, new processor “CPU4” at the beginning of Epoch 0. 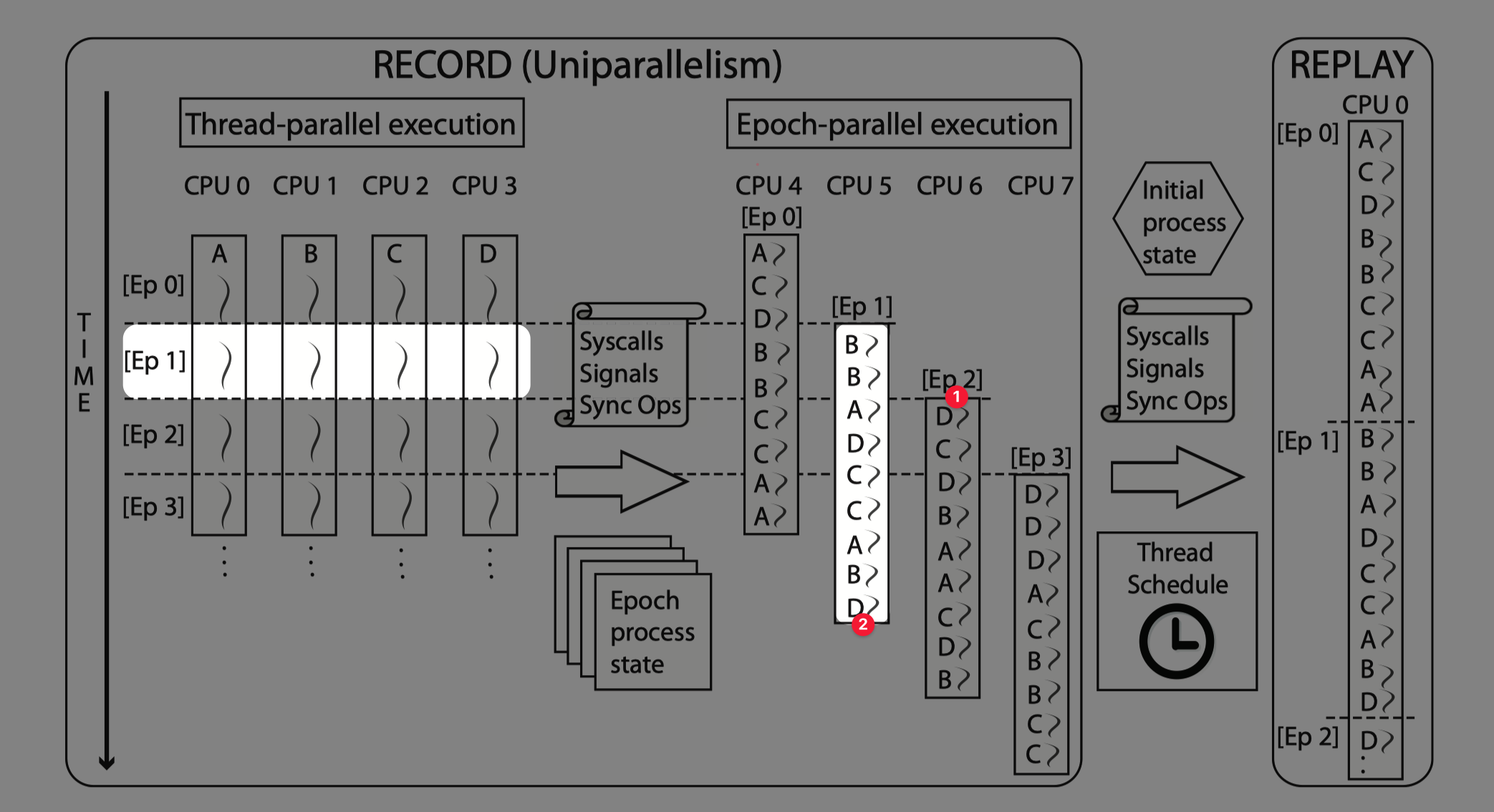 DoublePlay checks if the status of ⓶ is the same as ⓵. If it is the same, then we have a equivalent singlecore version of Ep1. This verision can be used in replay.

DoublePlay is an off-line replay. However, it needs roll-back when conflicts. To minimize the time of roll-back, DoublePlay comes up with an idea.

Thus, DoublePlay claims that there will be no conflict if there’s no data race in the program.